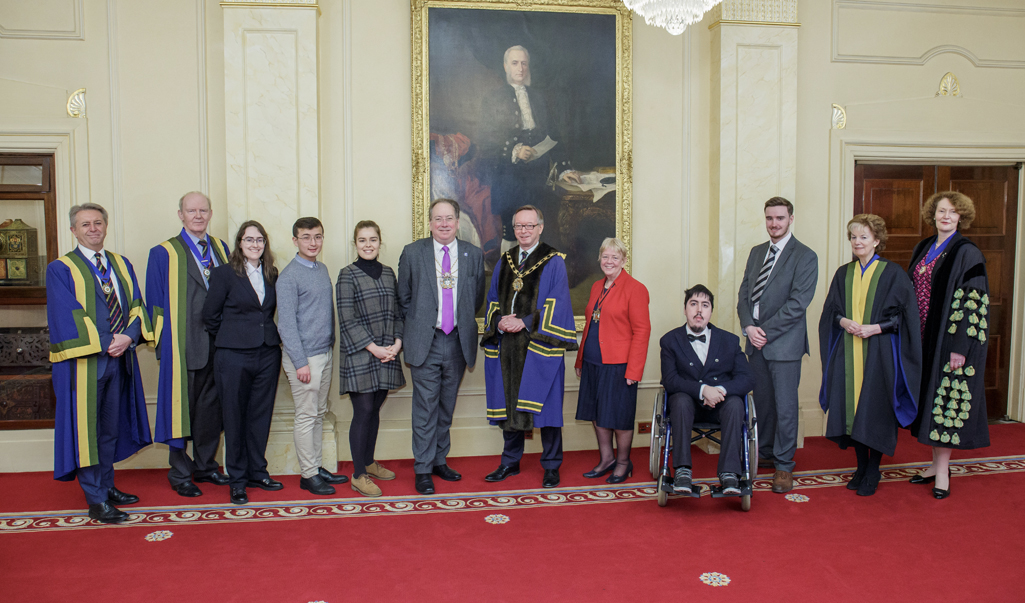 Following the success of the inaugural awards in 2015, we were very pleased to support the scheme for its sixth year in 2020. The awards were created to recognise outstanding undergraduate and postgraduate IT students within the UK.  In doing so, we hope to encourage students to pursue careers in IT, to encourage an entrepreneurial and charitable ethos among those students, and, more pragmatically, to give financial help to students on IT courses.

At the 107th Business Lunch, held at Saddlers’ Hall on 19th February 2020, the Sherriff of London announced  Tim Clark from Lancaster University as the Gold Winner. Tim was elected President of the Lancaster University Computer Society in the summer of 2018. Together with Dr Rayson, his Director of Studies, he launched several activities which have had a significant impact on the relationship between the student cohort and the School, including a new peer mentoring system for students launched in January 2018. During the Business Lunch, Tim spoke passionately about the importance of  Computer Science education and about his journey so far. Dr Stefan Fafinski,  Chair of the WCIT Charity, believes that ’Tim fully deserves the WCIT Charity University IT Award, showing not only fine academic achievement, but entrepreneurship, leadership and wider commitment to technology learning and research. Although we are a City of London Livery Company Charity, we care about our industry throughout the whole of the UK, and are delighted to recognise technology excellence in the North West.’

Congratulations to all the winners !