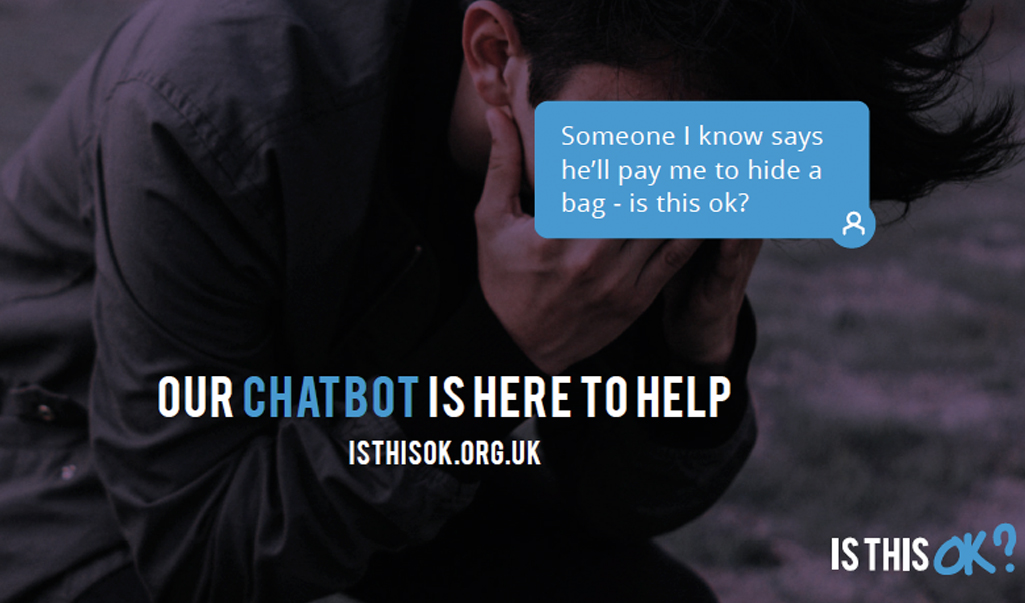 Carly is one of the 20,761 people helped digitally by Missing People during the last year.   Friends, families and colleagues face interminable anxiety when coping with living without a loved one.  The most vulnerable going missing may often seek support for their desperate challenges.

When Carly got in touch with Missing People via the “Is This OK?” pilot webchat, she shared that she is six months pregnant after being sexually assaulted. She also told Missing People that she is feeling scared, angry and hurt, and is worried about not loving the baby. The staff recognised her strength in sharing this and reassured her it was OK and normal to feel that way. Carly proceeded to tell them her doctor had referred her to expert support and her first session was the following day.

The Missing People support team started to explore what support network Carly had among friends and family, but she had to leave the chat. She asked when she could come back to talk and the staff told her the opening hours and encouraged her to talk to them whenever she needed to. Later the same day, Carly came back and told Missing People that her mum had a terminal illness, she had been self-harming since she was ten, and her social worker had told her to “get over the rape”.

To help Carly through such a difficult time, the charity worked with Carly to explore how she was feeling and what other support she needs with the pregnancy. They also signposted her to specialist support around self-harming. This type of help is vital for young people in crisis and could not have been possible without the “Is It OK?” chatbot, developed with support from the WCIT Charity, and delivered in partnership with Childline.