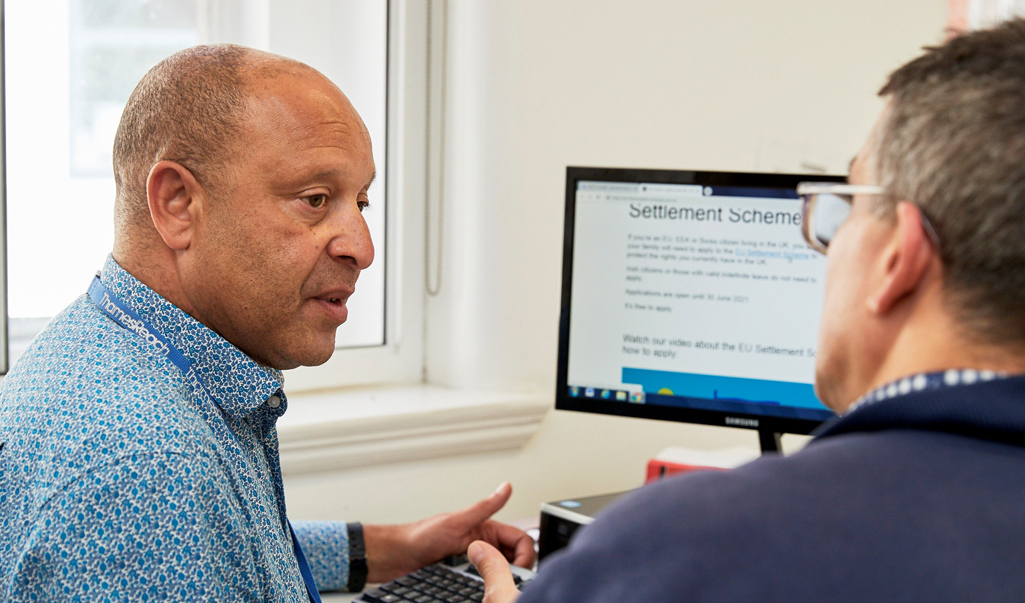 One of the many programmes the WCIT Charity has been supporting is the funding of digital skills training (i-Reach) to support homeless people or those at risk of homelessness to become digitally literate. For the past 6 years, the WCIT Charity has been a strategic partner of Thames Reach, a London based charity that works directly with homeless people on the streets and in hostels. Thames Reach also works hard to stop vulnerable people from becoming homeless in the first place. Through their employment academy in Peckham, SE London, Thames Reach provides services that include digital education, to help service users learn basic skills such as internet navigation and email, to enabled them  to register for benefits and gain many of the advantages of social media for reconnecting with loved-ones.

The WCIT Charity has made grants of over £200k towards this incredible initiative and are very proud to have helped a great number of people reclaim their lives from the Street.

After buying his first smartphone, Thames Reach resident RP became anxious as his realised he didn’t have the digital skills to set it up or use it. He remembered seeing a leaflet for an introductory computer course in his hostel and thought it might help him learn how to do it himself.

During his first I-reach session, he learned how to set up his phone, add in contacts, set up an email account and keep his information safe. He was also overjoyed to find that he could upload a photo of lavender fields as a ‘wallpaper’ on his phone as it reminded him strongly of his childhood in Italy. It was his first step into a wider digital world.

As well as learning how to manage his phone, RP has also developed more confidence and independence.  He says, “I can now set reminders for my appointments on my phone so I don’t have to rely on my support worker so much.”   His wellbeing has improved and he is now looking forward to trying something different. He says, “I love the outdoors and I really want to do some volunteer gardening soon, maybe in the local parks such like Battersea Park.”

The WCIT Charity are very proud to be supporting this very important programme and would welcome donations to help continue our excellent work.